Over the past few decades physicists have developed and experimentally confirmed to high precision the so-called "Standard Model" of particle interactions. Although this model is extraordinarily successful, we know that it has to be incomplete. Researchers at TUNL are interested in understanding some of its most significant shortcomings:

We are involved in several experiments that are pursuing these important questions.

The Majorana Demonstrator is a collaborative project involving about 20 institutions in four countries and about 50 scientists to search for neutrinoless double-beta decay (NDBD). The discovery of NDBD would imply that the neutrino has the unique property of being its own antiparticle. The Demonstrator’s construction was completed in 2016, and it is currently taking data on the 4850' level in the Sanford Underground Research Facility (SURF) in Lead, SD. The Demonstrator consists of 44 kg of HPGe detectors. Of these, 30 kg are enriched to 88% in the double-beta decaying isotope 76Ge. 76Ge is a good candidate because one can build detectors directly from the enriched germanium, making the detector and source the same. This greatly simplifies the design and reduces backgrounds.

Germanium detectors also have better energy resolution than any proposed or existing NDBD experiment, which is critical for background reduction and increased sensitivity. The Demonstrator‘s main scientific goal is to search for NDBD, but it also has an important technical goal of demonstrating a background low enough to justify building a ton-scale germanium experiment and searching for other BSM physics. TUNL is the lead institution for the Demonstrator and is contributing to data acquisition and analysis, simulations, low-background assay, dark matter searches, and engineering.

LEGEND aims to develop a phased, Ge-76 based double-beta decay experimental program with discovery potential at a half-life beyond 1028years, using existing resources as appropriate to expedite physics results. It will select best technologies, based on what has been learned from GERDA and the Majorana Demonstrator, as well as contributions from other groups and experiments. The first phase of LEGEND, called LEGEND-200, will deploy up to 200 kg of enriched germanium detectors in existing infrastructure at Laboratori Nazionali del Gran Sasso (LNGS) in Italy.

It is scheduled to start data-taking in 2021. The next stage, LEGEND-1000, will deploy a ton of isotope using a staged approach and is in the proposal phase. The group at TUNL has several major roles in this effort, including detector characterization, front-end electronics, data acquisition, cable and connector development, simulation and analysis, and engineering.

KATRIN (the Karlsruhe Tritium Neutrino Experiment) aims to measure the absolute mass of the electron antineutrino with sub-electron volt precision by analyzing the energy spectrum of electrons emitted from the beta decay of tritium. The decays of interest are ones where the electron carries away most of the energy leaving the neutrino with very little. By measuring the electron energy endpoint to high precision, one can determine the rest mass energy of the neutrino which is of importance to particle physics and cosmology.

ABRACADABRA (A Broadband/Resonant Approach to Cosmic Axion Detection with an Amplifying B-field Ring Apparatus) is a new search for sub ueV axions and axion-like Dark Matter. It relies on a novel toroidal magnet design in which the axion dark matter would couple to the magnetic field and induce a very small oscillating magnetic field in 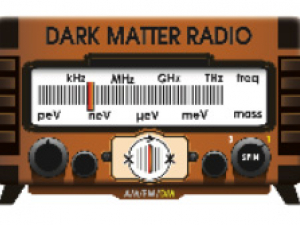 the center of the torus. This field can be detected using SQUIDs or other quantum sensors. ABRACADABRA has joined the DMRadio Consortium and is developing a design for a meter-scale experiment. UNC leads the Consortium’s data acquisition and calibration system development.

One way to reject background events is to count the number of charged particle tracks --neutrinoless double-beta decay features two electrons, and many background events have just one outgoing electron. In liquid scintillator the electrons move faster than the speed of light, emitting directional ``shockwaves" of Cherenkov light along their direction of travel. Using fast-timing photodetectors, we can distinguish this light from the far-more-abundant and isotropic scintillation light. NuDot is a 1/2-ton proof-of-concept liquid scintillator experiment that is testing this and some of the other techniques we'll need to build kiloton-scale detectors that aren't limited by backgrounds.

The nEDM experiment consists of a collaboration of 20 universities and national laboratories in North America investigating whether the neutron has a permanent electric dipole moment with a designed sensitivity that is around 100 times better than current experiments. A positive result would constitute the discovery of a new source of time-reversal symmetry violation in our physical laws. Our experiment will help us understand why there is more matter than antimatter in the Universe, and why some symmetries, in particular the combined charge-parity symmetry, are highly conserved in the Strong force.

Our experiment involves applying nuclear magnetic resonance techniques simultaneously on nuclear-spin polarized ultracold neutrons and 3He atoms. These two species will be stored in a container of superfluid 4He cooled to 400 milli-Kelvin using a dilution refrigerator and be studied for hundreds of seconds in the presence of applied highly-homogenous magnetic fields and a strong electric field. The final nEDM experiment will take place at the Spallation Neutron Source at Oak Ridge National Laboratory, TN.

At TUNL, we are focusing on constructing a “Systematics and Operation Studies” apparatus that will perform important operational studies and examine critical systematic effects that require understanding the motion of ultracold neutrons and 3He atoms confined inside the superfluid helium medium.