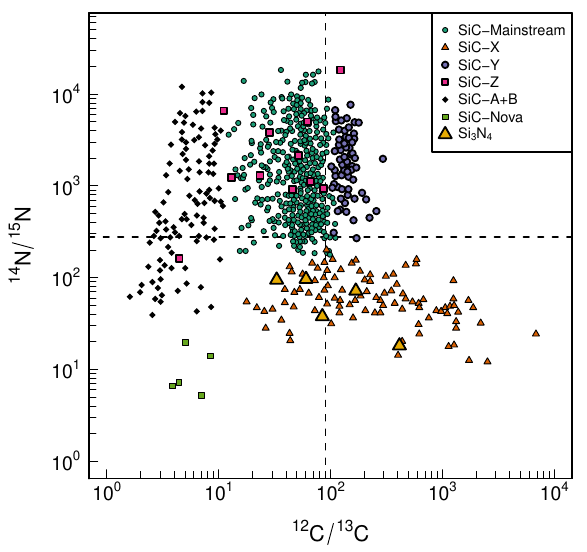 Core collapse supernovae are violent deaths of massive stars. As these stars evolve quiescently, they proceed through a sequence of burning phases that, over the course of their life, convert hydrogen into iron in their cores. The structure of these stars following this evolution resembles that of an onion, with stratified layers of heavier elements towards an electron-degenerate iron core. Nuclear burning continues at the interface between those shells, gradually adding mass to the core until it becomes unstable to gravitational collapse. The subsequent core bounce generates copious amounts of neutrinos and a shock-wave that travels outward through the shells of the star. The observational counterparts of these events are Type II supernova. These explosions are responsible for producing a large fraction of elements heavier than iron in our solar system. However, the physics that drives supernovae and their role in the origin of the heavy elements is not well understood.

Microscopic grains of dust from supernovae can become embedded into meteorites that eventually make their way to earth. Careful isolation and isotopic analysis of these grains then provides us with pristine isotopic abundance ratios from individual exploding stars. Of particular interest are isotopic abundance ratios, which can show strong deviations of orders of magnitude from the nearly constant ratios found elsewhere in the solar system. Not only can these ratios provide us with important information regarding the grains’ origin, but can help us constrain stellar models. Unlike observational astronomy, which provides elemental abundances with large  uncertainties, presolar grain analysis can provide precise isotopic abundance ratios. Below is an example of isotopic abundance ratio measurements, where nitrogen ratios are plotted against carbon ratios for a large number of SiC grains.

We are performing experiments at the TUNL split-pole spectrograph to constrain nucleosynthesis in core collapse supernovae.